There are those among us who are very fortunate.  We are in the throes of cleaning up the vestiges of the Christmas season.  Many are taking cardboard boxes to the recycling depot, making turkey soup with the leftovers, boxing up an artificial Christmas tree or dragging a once-live one to the curb for pick-up.  It would be interesting to assess how many trappings of Christmas would be missing if it weren’t for the dedicated truck drivers across North America – those men and women who earn their living delivering our stuff.  It seems that it’s truckers who are really at work behind the scenes, not Santa’s elves.

Not only are truck drivers something of unsung Christmas heroes, they are also healthcare heroes.  While I can’t imagine any truck driver that moonlights as a neurosurgeon, truckers are responsible for potential advances in healthcare in a rather unintentional and roundabout way.

The life of a truck driver has traditionally been a sedentary one.  About a decade ago there were articles and headlines bemoaning the fact that the life expectancy of a truck driver is 10 years less than that of the average male.  The claims have since turned out to be bogus.  A scientist was completely misquoted but the idea has taken on a life of its own and moved into the realm of fact.  If you don’t believe me, just Google it.

Truckers Health & Fitness – The Canaries in the Coalmine

Nonetheless, the truckers of decades past have unwittingly provided scientists with a large sedentary sample population.  Along with the stereotypical overuse of stimulants such as caffeine and nicotine, and diets deficient in fresh fruits and vegetables, the inherent sedentary nature of trucking has resulted in some very negative consequences.  It is a common fact that a sedentary lifestyle does have detrimental effects on life expectancy and health in general.   Due to the traditionally sedimentary lifestyle of truck drivers, the profession itself has served as a sort of “canary in the coalmine” for the general population.  Problems that were observed in career truckers are now, several decades later, being observed in the general population.  Why?

Our society is now largely computer based and therefore largely sedentary.  According to Moncton University’s Professor Michel Johnson, co-author/researcher of the Healthy Driver Research Project, since the 1980s the average workday has gotten progressively longer.  Our technology-driven society, where many people are glued to a desk for longer and longer periods of time, is wrecking havoc on our health.  According to Professor Johnson there have been no specific longitudinal studies targeting truck drivers per se, but if we apply what has been observed from the lives of career truckers of the 50s, 60s and 70s (and the increased incidence of diabetes and heart disease for example), we can see where our own current sedimentary society is going.  The effects are upon us even now to the point that children are being adversely affected.  This generation’s children tend to be highly prone to inactivity due in part to handheld devices, computers and “online everything”.  Childhood obesity and diabetes rates are soaring.  Professor Johnson predicts that despite the tremendous advances in other areas of healthcare, this is the first generation whose children will have a life expectancy less than the life expectancies of children born in the 1960s.  This is serious cause for alarm.

There is hope however.  An entire movement is afoot in the trucking industry which has done a lot to combat the old stereotype of a beer-bellied, cigarette-smoking, coffee-and-coke-swilling, potato-“chipaholic”, heart-attack-waiting-to-happen trucker.  This new generation of road warriors builds health and fitness into their trucking lifestyle.  They run marathons, compete in ironman competitions, do yoga, drink water, eat fruits, vegetables, and yes, even kale and quinoa.  If they are able to honour a commitment to a healthy lifestyle while on the road, how much more should we, who have constant access to a produce section and safe places to walk/run/swim/garden/ski/skate/surf/hike, be inspired to do the same.

As human beings we have the power to choose.  Why not choose to make a few lifestyle changes for the better?  Why not learn from those truckers who have gone before us and paid the price for an overly sedentary lifestyle?  We know better now.  Why not put that knowledge to good use?

OTR Web Solutions gratefully acknowledges the contribution of Professor Michel Johnson at the University of Moncton who provided inspiration and very helpful information used in the writing of this blog.

In Part 1 of “Truck Driver Shortage – Fact or Fiction?”, we noted that the conclusions of the 2012 ATC Blue Ribbon Task Force on Tuck Driver Shortage were that a driver shortage is indeed a reality. The report cited several significant reasons as to why the industry isn’t attracting as many new drivers as it is losing. The main reasons came down to compensation and quality-of-life issues. Trucking is a highly competitive industry and in order to be successful a company has to take care of its primary asset – truck drivers. You can have the most up-to-date equipment, technology the envy of NASA, and long-term, stable contracts, but without qualified drivers your company is going to screech to a halt.

Truck Drivers – The Backbone of Transportation

At Rig Logistics, we don’t need a Blue Ribbon Task Force to drive that point home. Because 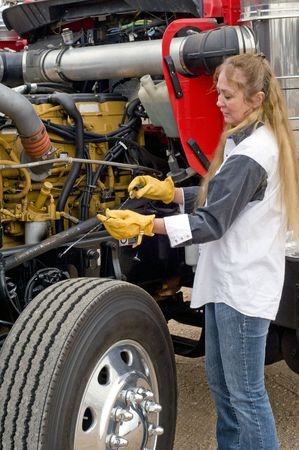 our owner started out as a truck driver himself, the company has a real consciousness when it comes to drivers. We understand what makes our company successful and we do our best to address the issues, large and small, that are important to truck drivers.

It may seem like we are overstating the obvious, but we never lose sight of the fact that truck drivers are human beings deserving of dignity and respect. Furthermore, the job they do is a skilled trade, (regardless of the fact that it is not considered such outside of the industry). If all carriers really took these two issues to heart, many driver retention problems could be solved before they start.

Compensation & Quality of Life for Truckers

Along with fair pay and benefits, some of the other positive aspects of a driving career with Rig Logistics include:

It is the practice of some carriers to promise anything just to get drivers into seats. At Rig Logistics we take a long-term approach to hiring. Revolving door recruiting is not our style. We are honest and upfront. Dishonesty breeds disillusionment which is counterproductive to the long term success of our operation. Because of our recruitment and operational style we have been greatly insulated from the current truck driver shortage. At Rig Logistics the “Sky is NOT Falling” which is good news for our customers and our employees.

In the spring of 2012, the Canadian Trucking Alliance compiled a report entitled “CTA Blue 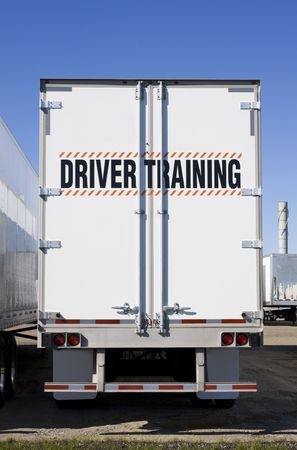 Ribbon Task Force on the Driver Shortage in Trucking.” The report’s contributors were made up of people involved in the CTA at the board or executive level, most of whom were actively involved in the operation of a transportation company. The task force concluded that indeed, “The trucking industry in Canada is facing a long-term, chronic shortage of qualified drivers. In some regions of the country (e.g., western Canada) and some sectors of the industry (e.g., irregular route long-haul trucking vs. local/regional operations) this is already in evidence.” Furthermore, the report noted that “most Canadian motor carriers…say that looking ahead the shortage of truck drivers is their number one challenge.”

Where are the Truck Drivers?

According to the report, the trucking industry has the oldest workforce in the country. A large pool of drivers is nearing retirement age. And, for a variety of reasons, the transportation industry has not been attracting the number of new workers needed to replace the drivers who are retiring. Further stressing the situation is the fact that trucking is the dominant mode of transportation for moving goods in North America. The demand grows stronger every day as individual consumers are no longer just going to a location to purchase their goods, the stay-at-home and shop-on-the-go-with-hand-held-mobile-devises shopping trends further increase the demand for transportation; thereby impacting the demand for drivers in seats. Never in the history of trucking has it been more important for a carrier to stay on top of recruitment and retention when it comes to qualified drivers.

To learn more about some of the ways we at Rig Logistics are combating the truck driver shortage see the upcoming Part 2 of our blog, “The Truck Driver Shortage – Fact or Fiction?”